WingTsun – yesterday and tomorrow • Interview instead of editorial – part 4 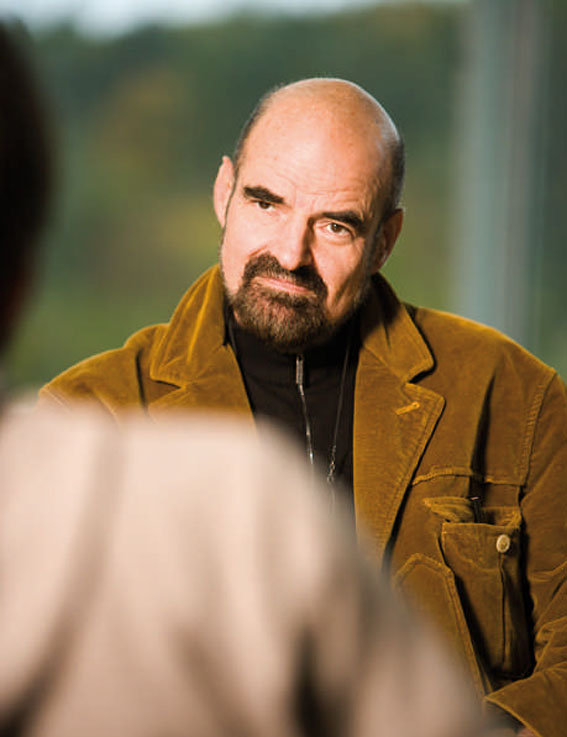 You often distinguish between the WingTsun or Wing Chun that we know and that which we do not know, the one that is already a reality for you as a visionary and developer, and with which you experiment, but which for the vast majority of your students who are not in day-to-day contact with you still remains remote and just a promise for the future.

That's right. I concern myself with the perfect WingTsun, how it could be. A WingTsun that has Yin & Yang, and excludes nothing. I know that this confuses many and overtaxes others.

Could you perhaps give us an overview of how you personally distinguish between the two WingTsuns? Perhaps first the conventional WingTsun,  the WingTsun we know?

The conventional WingTsun (Wing Chun, Ving Tsun) is something external, or according to my own SiFu something half external and half internal, although he would not describe it like that.
Students learn the traditional solo forms to acquire the movements (techniques) contained in them, absorb them through constant, rhythmical repetition and make them 2nd nature.
They learn the applications for each individual movement and practice them as "drills" until they become fixed techniques. The appropriate counter-movement is "produced" in response to a certain move by the opponent.
The attack takes precedence over defence. The most effective attacking technique is the so-called "chain-punches", where one punch follows another. The 2nd punch follows because you have performed the 1st, and the 3rd because you have performed the 2nd etc.
The whole thing is aggressive and pretty headlong, without listening to the relevant argument (question) of the opponent.
As for the defences, they only become necessary if one's punch fails to have the expected result. If the opponent is able to defend against the attack of the "external" WingTsun fighter, the latter will give way slightly with his arms/shoulders.
He then adopts an angled final position (BongSao, TanSao), the upper body is tensioned, especially the shoulder-blades, so that he can direct the incoming force through the abdominal muscles, knees and feet to the ground. In this way he can allow the opponent's pressure to turn him away by 45 degrees.

This the WingTsun that is generally known:
It is arm-based, mainly linear, bases itself on a "wedge" and works with what some American scientists call "automatisms".

And the WT that is not known, WT as a possibility?

For the sake of argument I will call it the "inner" WT here, but I don't believe there is a dichotomy.
Here the student also learns the traditional solo forms, but not so as to instill the movements contained in them as techniques which he wants to "apply" in a fight at all costs.
In inner WT we do not want to learn the exercises (form techniques), but rather learn "with the help of" the exercises (form techniques).
As exercises the solo forms help us to unite ourselves into a "wedge" and a "ball".
In inner WingTsun it is fundamentally important not to execute specific movements by intent, but rather to explore the environment with movement and attentiveness to perceive current "arguments".
This is primarily a matter of imagining this environment (Yi), i.e. using an image (Yi) to attentively go out into this environment.
When it comes to real combat, we have learned to extend our attentiveness towards the opponent, where we can perceive the current "arguments".
So it is not a matter of realising prefabricated movements or instilled habits that are a characteristic of rhythmical movement.
The perception of current "arguments" from the environment gives rise to a very specific form of movement which is particularly influenced by the interaction between the facets in the entire "linkage". It is all about "Jin-power".

This is the WT that is unknown:
It is torso-led, involves the entire body, is linear and round, is inspired by the "wedge" and the "ball". It maintains its structure when appropriate, but surprisingly gives it up for another. It is tensed without being strained or limpid, but will also willingly give way like a willow branch ridding itself of snow. It follows Chan-Buddhism, and is not based on automatisms, conditioned reflexes and habits!